Having an overactive bladder can be troublesome and frustrating. Eating and drinking different things can make symptoms worse, and how much a person eats or drinks can also have an impact. There is no tried-and-true diet that will improve urinary incontinence, but there are some things people with this issue probably should avoid. 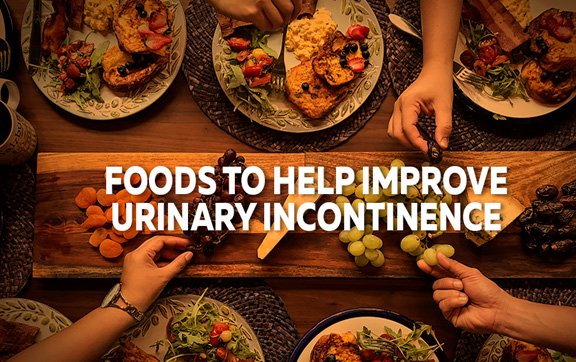 Urinary incontinence can impact anyone, although it is more often found in women, and it is a relatively common problem. It happens when urine involuntarily leaks out of the bladder. The problem can increase with age and occurs because control over the urinary sphincter becomes weakened or gets lost altogether.

Leakage can occur during a stress event, such as a person coughing or sneezing, during and after pregnancy, and it often coincides with obesity.

Water is always the most important liquid any person should be placing in their body. When it comes to someone who is incontinent, how much becomes the big question. Too much and it will be even more difficult to control leakage. Too little and that can lead to dehydration.

It is suggested that people with urinary incontinence sip water throughout the day and only carry a water bottle if they are exercising. They can also get liquid from other sources, including vegetables, fruits, and soup.

Drinking beverages such as coffee, energy drinks, and sodas may have ingredients that can aggravate a person’s incontinence. These are not recommended because they may increase the urge to go. Other beverages that should be avoided or have their consumption reduced include alcohol, carbonated beverages, acidic fruit juices (including tomato, orange, and grapefruit juices), and drinks with artificial sweeteners.

Of course, if you can’t start your morning without caffeine, consider cutting back on the amount you drink. This includes brewing a pot that is half regular, half decaf coffee. Instead of drinking acidic fruit juice, consider pear or apple juice and cutting it with water.

There is no strict diet that people who suffer from urinary incontinence have to follow. Although, if they find that any food adds to their discomfort or makes their symptoms worse, then they should probably avoid or cut down on those specific foods. Some foods that may worsen symptoms include acidic foods, spicy foods, chocolate (this is loaded with caffeine, which will impact symptoms), salty foods, or foods that contain artificial sweeteners.

Maintaining a healthy diet is beneficial to anyone at any age, whether or not they have to deal with urinary incontinence. This includes eating fresh fruits and vegetables and balancing proteins, dairy, and carbs.